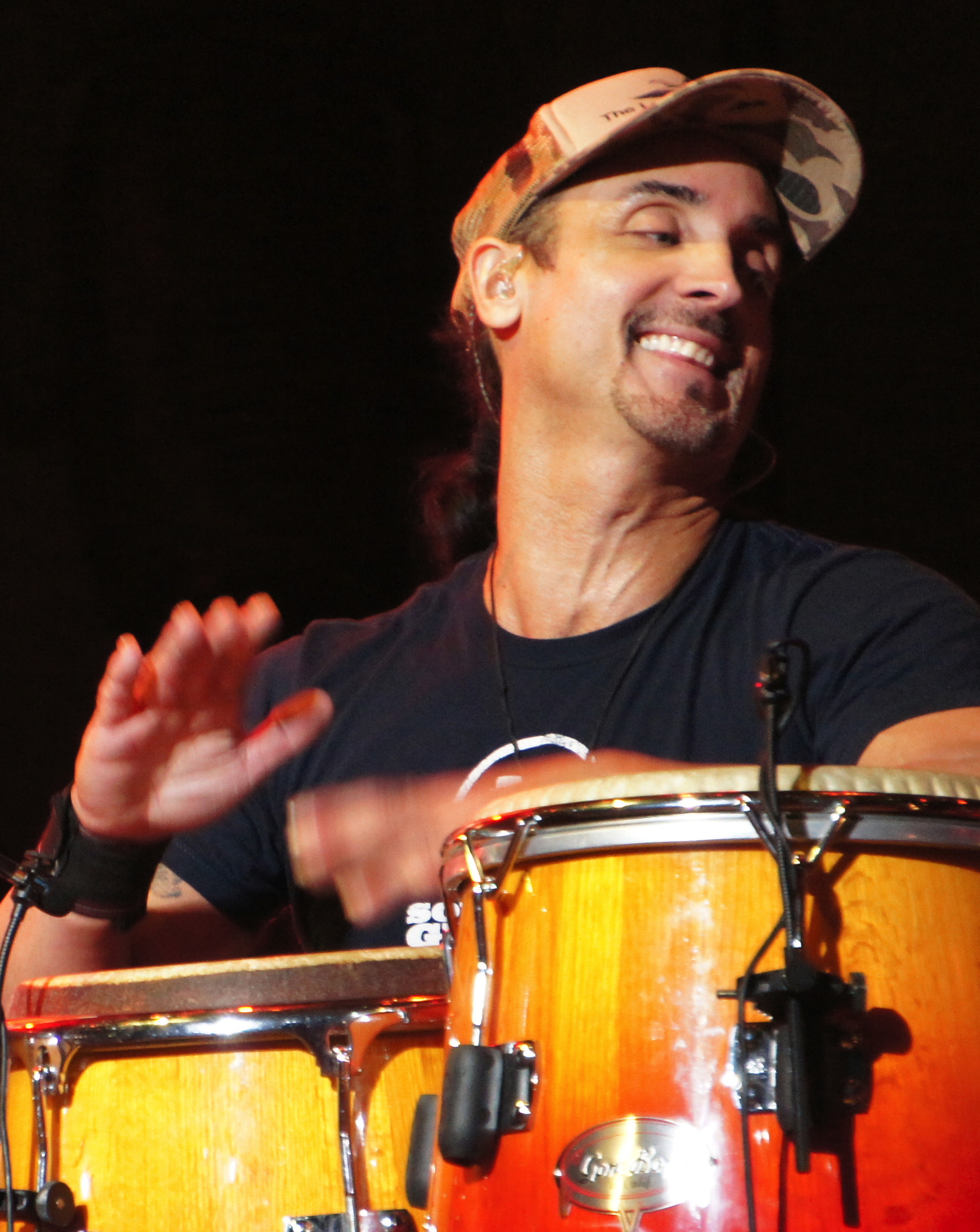 Daniel de los Reyes was born into a family that for three generations has been making a living at banging and shaking things to make music. His grandfather, Walfredo de los Reyes II, laid the family musical foundation by co-founding the famous Cuban orchestra, Casino de la Playa. His father, Walfredo de los Reyes III, went on to become one of Cuba’s most successful drummers/percussionists before moving to Puerto Rico and then the United States. As one of the first drummers to incorporate the drum set with congas and other percussion, Walfredo III blazed a wide path that many would follow. He continues to wow crowds with his drumming and percussion ability, extensive musical history, and incredible enthusiasm at the ripe young age of 79. Daniel and his brothers, Walfredo Reyes Jr. and Kamar de los Reyes, keep the torch burning brighter than ever as they consistently stamp the de los Reyes name all over the percussion and entertainment landscape.Currently on tour with the Grammy award-winning Zac Brown Band, Daniel has performed with a virtual who’s-who of artists including Don Henley, Earth, Wind & Fire, Sting, The Killers, Sheryl Crow, Patti LaBelle, Peter Frampton, Jennifer Lopez, Don Omar, Stevie Nicks, Louie Vega, Ricky Martin, Shakira, Lionel Richie, Kenny Ortega, Steve Winwood, and many more.Recent recordings include Zac Brown Band’s “Uncaged”, Brandon Flowers “Flamingo”, The Killers “Day & Age”, Peter Frampton’s “Fingerprints”, Phillip Bailey’s “Soul on Jazz”, Sheldon Reynold’s “Devoted Spirits: A Tribute to Earth, Wind & Fire”, Yanni’s “Tribute”, John (JR) Robinson’s “Funk Shui”, the Jimmy Hendrix tribute project titled “Power of Soul”, Earth, Wind & Fire’s “The Promise”, and Steve Winwood’s “Junction Seven”. Video appearances include best-selling DVD’s and videos such as “Don Henley Live – Inside Job”; Yanni’s “Tribute”; Jennifer Lopez’s “Feeling So Good”; and Ricky Martin’s “The Ricky Martin Video Collection” featuring the Grammy performance of “Living la Vida Loca.”Many of Daniel’s first memories revolve around drumming and his father’s chaotic life as a professional musician. “Growing up in an entertainment family as the son of one of the greatest percussionists, I used to think that was normal, that everyone grew up like that,” he laughs. “My playrooms were the backs of show stages.”“As for my early drum instruction. He always wanted to sit me down to study technique and go over books like the drumming bible, George Lawrence’s Stick Control Book. I was 11 years old and would get very restless so he decided to put me with another drum teacher named Irv Klooger. That was a great thing for me. Irv being a cool Jazz player helped me a lot but seriously, with my family and amazing extended musical family around all the time, how can you turn into anything but an entertainer? At any time we would have these great musicians around our house: Joe Morello, Alan Dawson, Billy Cobham, Alex Acuña, Rogelio Darias, Roy Burns, Armando Peraza, Marcelino Valdez, Cachao, Louie Bellson, and on and on.”“There was never a moment – at least a sane, sober moment – in my life where I wasn’t going to be a drummer and percussionist. I might do other things that pop up, but I could never leave the drums. That’s just who I am.” BIGGEST INFLUENCE(S): My father, Walfredo de los Reyes Sr.FAVORITE ALBUM YOU PLAYED ON: "Uncaged", Zac Brown BandFAVORITE ALBUM YOU DIDN’T PLAY ON: Any Sting album, "Fields of Gold"CAREER HIGHLIGHT: Performing and having my mother at our concert.