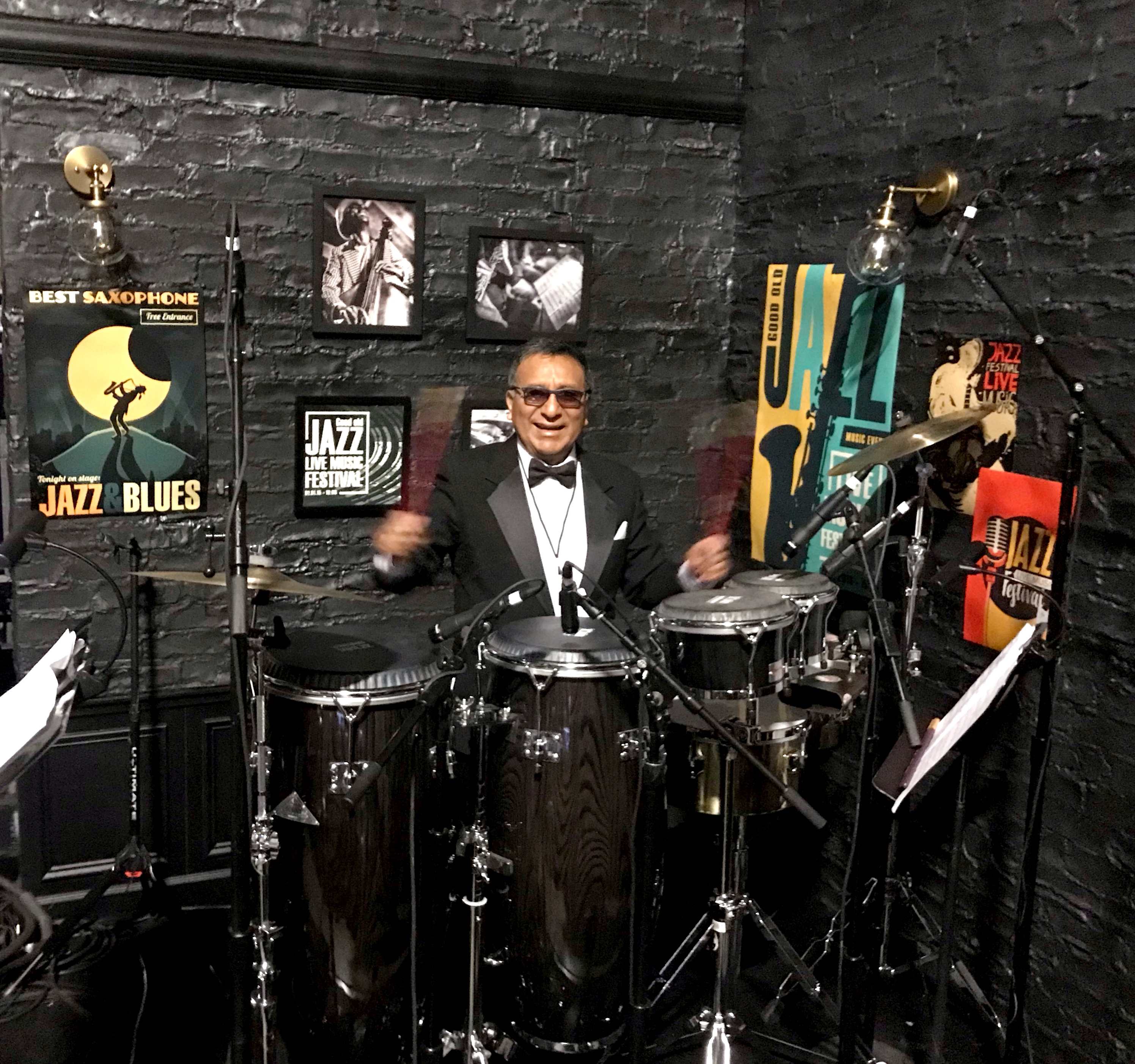 Born to a musical family in Lima, Peru, Alex Acuna started playing in local bands at 10, and by 18 was playing in the great Perez Prado’s band. In 1967 he moved to Puerto Rico, where he studied at the Puerto Rico Conservatory of Music, and played under the direction of the famed Spanish cellist master Pablo Casals. Alex moved to Las Vegas in 1974, where he played with such greats as Elvis Presley and Diana Ross. Between 1975 and 1977, he cemented his place in jazz history when he became both drummer and percussionist for one of the most innovative and pioneering jazz groups of all time, Weather Report. Alex moved to L.A. in 1978 where he quickly earned the position of a valued session drummer and percussionist for recordings, television and motion pictures. His countless album and live credits include such diverse artist as U2, Paul McCartney, Joni Mitchell, Ella Fitzgerald, Chick Corea, Placido Domingo, Tito Puente, Santana and many, many more. Alex has received countless awards and honors throughout his career, including the Emeritus MVP award from NARAS (National Academy of Recording for the Arts and Sciences) and “Best Latin/Brazilian Percussionist” in the Modern Drummer’s Readers Poll for five consecutive years.