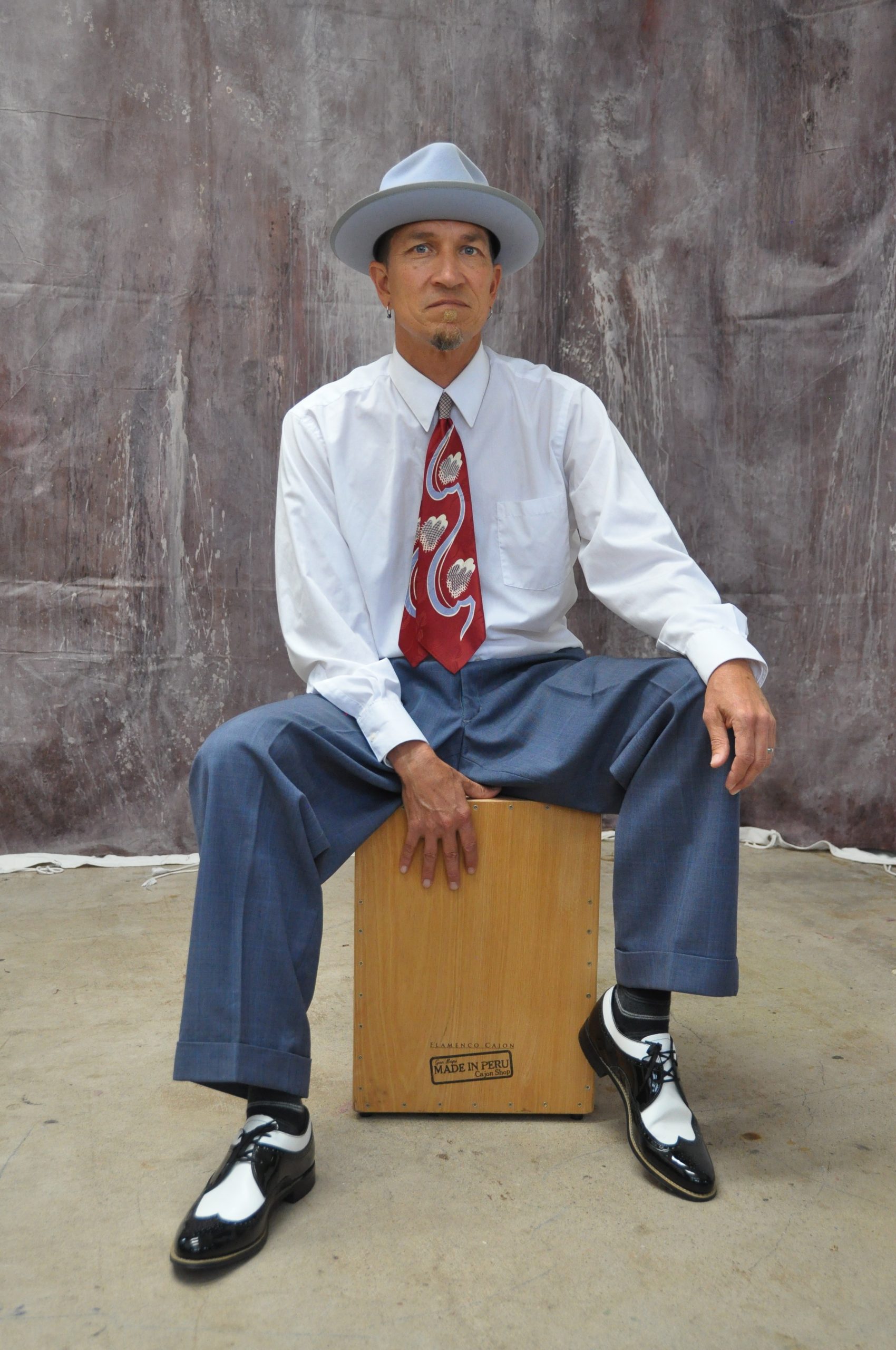 Drummer Kurt Sodergren co-founded Big Bad Voodoo Daddy in April of 1993, helping to usher in the swing revival founded on a colorful fusion of classic American sounds including jazz, swing, and dixieland mixed with the energy and spirit of contemporary culture. Big Bad Voodoo Daddy proved to be among the standout groups that launched the new swing era in the 90’s. The group, whose core lineup has been in place since 1995, includes Scotty Morris (lead vocals and guitar), Kurt Sodergren (drums and percussion), Dirk Shumaker (double bass and vocals), Andy Rowley (baritone saxophone and vocals), Glen “The Kid” Marhevka (trumpet), Karl Hunter (saxophones and clarinet) and Joshua Levy (piano and arranger.) Joining them on the road are Anthony Bonsera Jr. (lead trumpet) and Alex Henderson (trombone.)Although music by other composers have been featured on each of the band’s albums, Big Bad Voodoo Daddy has always focused on original music, producing an impressively diverse songbook, while embracing the past and today’s times with current perspective and new stories to tell. The band’s originals rocketed the group into its first phase of stardom when “You & Me and the Bottle Makes Three (Tonight)” and “Go Daddy-O” were featured in the 1996 indie film landmark Swingers. The film launched the careers of Vince Vaughn and Jon Favreau and established BBVD as a cultural force beyond their home base of L.A.The band has built a career through relentless touring and an impressive discography that includes the platinum selling, Americana Deluxe and follow-ups, This Beautiful Life, Save My Soul, and Everything You Want For Christmas. Their music has appeared in countless films, television shows, and trailers including Swingers, The Wild, Despicable Me, Family Guy, Phineas and Ferb, Malcolm In The Middle, Ally McBeal, as well as multiple uses of songs for dance routines on Dancing With The Stars and So You Think You Can Dance. The band’s songs have also been featured in multiple Olympic gymnastic and figure skating routines (including Carly Patterson’s 2004 gold medal win) and have been widely used for years as part of television broadcasts of high profile sporting events including the NFL, NBA, MLB, and PGA.The band’s numerous television appearances include Dancing With The Stars, The Tonight Show with Jay Leno, Late Night with Conan O’Brian, Last Call with Carson Daley (the last of which the band wrote and recorded the show’s theme song.) The band has shown true bipartisanship having played private events for the three of the last four presidents as well as events at both the Democratic and Republican National Conventions on multiple occasions.Big Bad Voodoo Daddy hit pop music superstardom with their appearance in front of millions during the halftime show of the 1999 Super Bowl, while their 2003 New Orleans inspired album, Save My Soul, shifted focus to playing theaters, performing arts centers, and large outdoor venues to selling out shows at the Hollywood Bowl, Walt Disney Concert Hall, Lincoln Center, Chastain Park and Constitution Hall, to name just a few. The band often plays more than 150 shows a year and has appeared as special guests with many of the great American symphony orchestras including the Los Angeles Philharmonic, Atlanta Symphony Orchestra, National Symphony Orchestra, and U.S. Air Force Band.