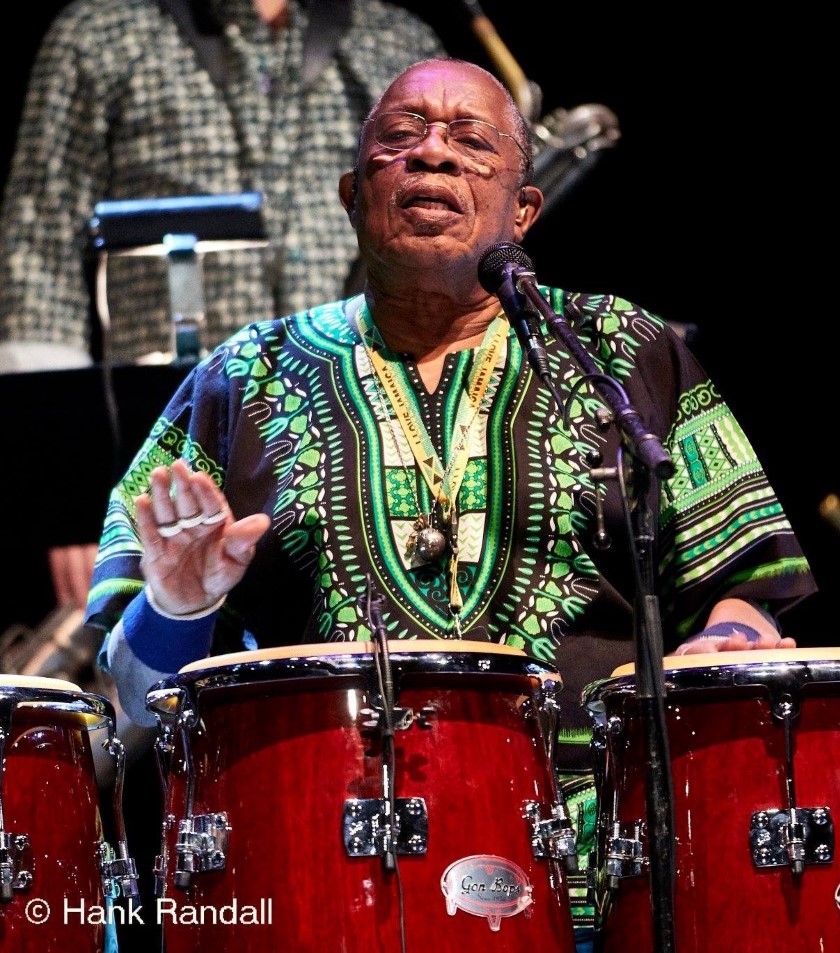 What music influenced you when you were a kid?
R&B and Gospel. I worked for a short time with Little Richard in the early days and I loved the stuff that Mongo Santamaria was doing with Cal Tjader.

How did you get involved in playing music?
I saw the Conga player with the Lester Horton modern dancers “Zapata”.

How did you come to the decision to do it for a living?
Got layed off my Electro-mechanical Engineering Drafting job. We had a termination party at a club and some of my co-workers asked the club band leader, Brent Seawell, if I could play one song with the band. He said, Yes. After I played, he said that I could play the remainder of the night. He took my phone number and called me the next day and asked me if I wanted to play with the band “Formula 5”, since I was going to be layed off. I said, Yes, and that was the beginning.

What is the absolute best thing about the Little Feat gig?
We play our own music.

What one song stops you in your tracks every time you hear it?
“The Sermon” by Jimmy Smith.

How did you come to the collaboration with Robert Lyn Nelson and the band publishing the special edition Hawaiian Tour Lithos?
Through my wife, Joni.

How did you and Joni get involved with the National Marine Sanctuary Foundation (NMSF)?
Joni has collected Robert’s work for many years and so we have become friends. We all share a passion for preserving our oceans, so through Robert, we were introduced to the work of the National Marine Sanctuary Foundation. They really excel in educating people on the importance of conservation of marine ecosystems.

You recently did a couple of shows with Sam Bush. How was that experience?
Excellent, he is a great musician.

Who else would you like to have sit-in with the band?
Eric Clapton.

How have you seen the Internet contribute to the changes that are occurring in the music business?
I am not much of an internet person.

Did you enjoy the annual Little Feat Fan Excursion to Jamaica?
More than I can express.

What do you do for fun?
Woodworking, electrical installations, listening to music, caring for my 140 gallon saltwater aquarium and my 20 gallon Percola clownfish breeding tank.

What advice would you give to someone looking to make music his or her full time gig?
Stay focused on your goal