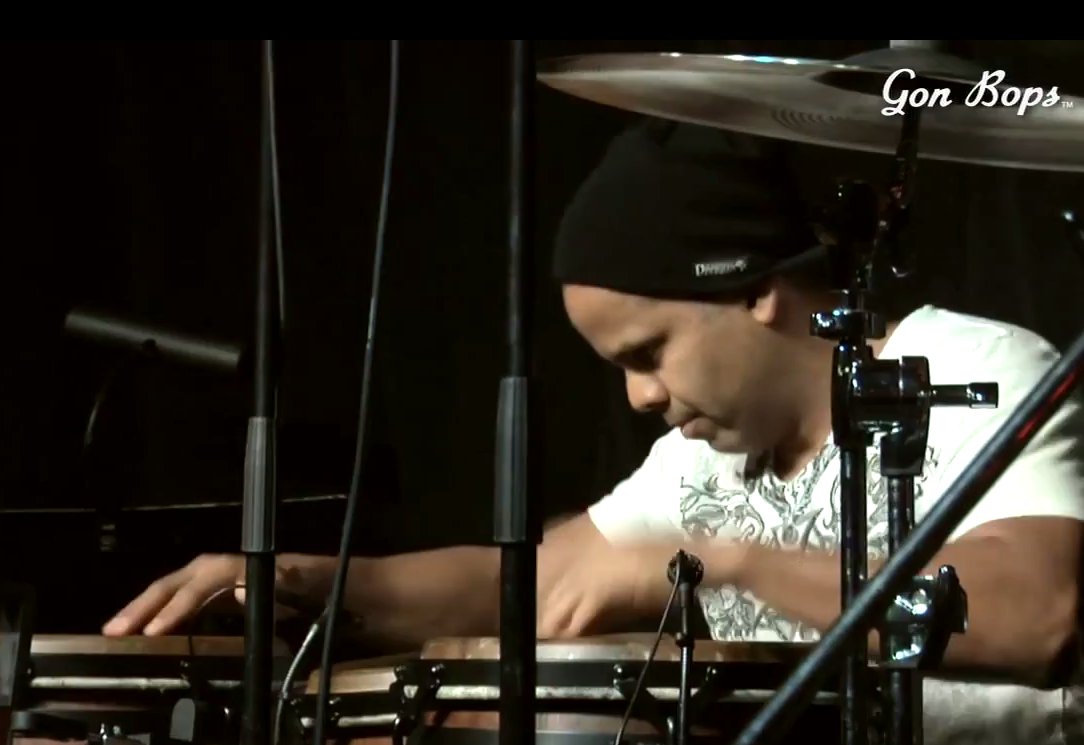 Walter is an openly creative multidirectional drummer/percussionist. His richly eclectic and unique gift encompasses a plurality of styles–from rock to latin to world music–in a way that is extremely rare in a realm dominated usually by “doing-one-thing” specialists. Combining powerful technique, uncanny sense of time, deep understanding of the essence of different cultural musical manifestations with a profound sense of stylistic appropriateness, Walter embodies -“The drummer/percussionist of the new century”- quoting his mentor Alex Acuña. There are drummers, and there are percussionists. Very, very few of his generation have an equally flawless command at the Drum set, Latin percussion (from congas, to bongos/timbales), other World Music percussion (African, Brazilian, Afro-Uruguayan, and Indian… among other), and Electronic percussion (both as a programmer/performer). All of these are brought together and nurtured by a profound sense of purpose and meaning, defined by him as his “calling”. Walter wants to dedicate his playing to JESUS CHRIST, “The One Whom every perfect gift comes from”.

Playing drums from a very early age, Walter Rodriguez, born in San Juan. P.R., played his first TV show at the age of seven. His father, top studio call on the island for over 20 years, was his first teacher and still his greatest inspiration. While playing side by side with his dad, he was surrounded by today’s musical greats Alex Acuna and Giovanni Hidalgo; simultaneously enhancing his musical knowledge by studying piano and working as a sound engineer. At the age of 22, Walter moved to Los Angeles to study at Musicians Institute of Technology, specifically the PIT (Percussion Institute of Technology) division. While getting involved in the local music scene, Walter and Alex Acuna connected, this time Alex taking Walter under his wing and becoming his spiritual and musical mentor. Where others would concentrate on fewer options/activities as time passes-by, Walter is heading to broader, more musically challenging directions. He is not only dealing with harmonic and other relevant music-theory elements, but also opening an even bigger sonic “palette” by studying -yet- other World-Music percussion traditions, including the Australian didgeridoo [the oldest woodwind instrument ever] and the Indian tabla, to mention a few. Walter’s excellent musicianship is only a part of his appeal as player and performer. His innate charisma, adding warmth and flare to any stage, and his smile frequently pointed out, as “lighting up the whole world”, are only surpassed by his sense of meaning and purpose. He defines the essence of his musical endeavor as two-fold: To shine for GOD Almighty in JESUS’ Name, and to affect people in a positive way in a world desperately needing so.