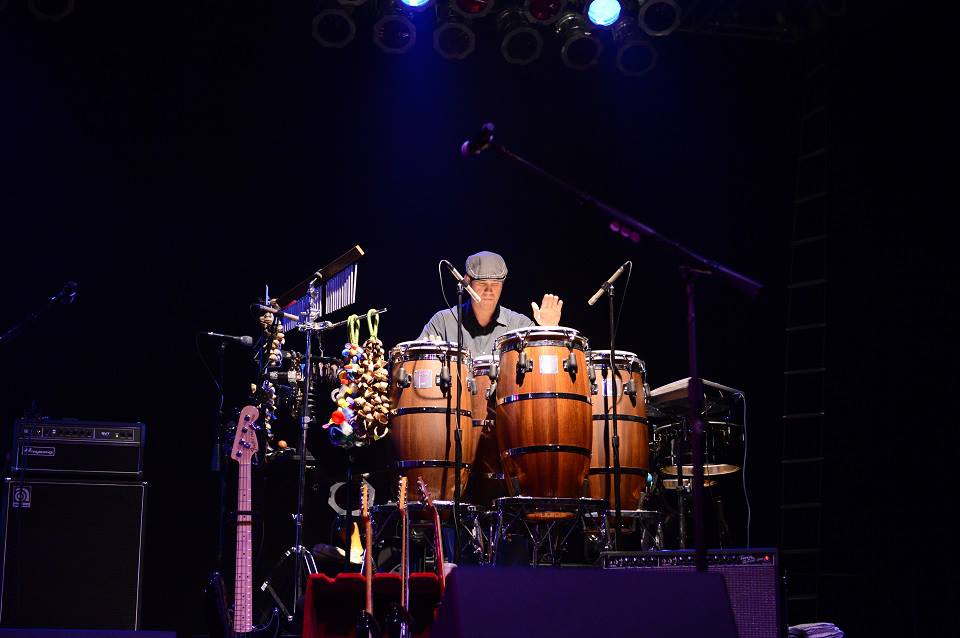 Born and raised in Texas and having relocated to Los Angeles, Will Phillips is rapidly gaining a reputation as an in-demand percussionist.  Captivated by Brazilian music, he’s spent extensive time living in Brazil studying with Brazilian masters and deepened his knowledge of the style.  Will has also recorded on a number of TV jingles during his time in Brazil.  Inspired by this deep experience, Will now enjoys the continual journey of adapting Brazilian percussion to all styles of music.

In 2011, Will was presented with a Latin Grammy Certificate of Nomination for his performance on Claudia Brant’s album “Manuscrito”.  He has appeared on TV mega-hits like The Voice, American Idol, MTV Brazil and was the house percussionist for the 2010 American Music Awards Red Carpet Gala. He has recorded and performed with some of today’s finest artists, such as will. i. am, Ellis Hall, Persian superstar Googoosh,  Michel Teló multiplatinum selling Brazilian artist, Academy/Grammy Award-winner Jamie Foxx, NBC’s The Office/original member of The Grass Roots, Creed Bratton and many more.

Phillips has toured extensively around the world and feels blessed to have worked with musicians who are not only a constant source of inspiration, but also who he counts as friends.  Renowned percussionists Luis Conte, Kevin Ricard, Michael Shapiro, Adam Topol,  Randy Gloss and Jimmy Paxson have all sung Will’s praise, considering him to be one of LA’s up-and-coming percussion artists.

Some of Will’s most recent projects include playing on a recording project featuring Jackson Browne and Ozomatli entitled “Como Ves”, and a soon-to-be released album from Andrea Day.  He also been touring with American punk rock band The Offspring.  Will Phillips is an endorsee of Gon Bops Percussion, having a Signature product with them, and also endorses products from Innovative Percussion and Timbra Top Percussion.

FAVORITE GON BOPS INSTRUMENT:All the Gon Bops percussion. The crasher does not suck at all! But I do love the classic conga sound Gon Bops gives you!Websitefacebook.com/willpercussion