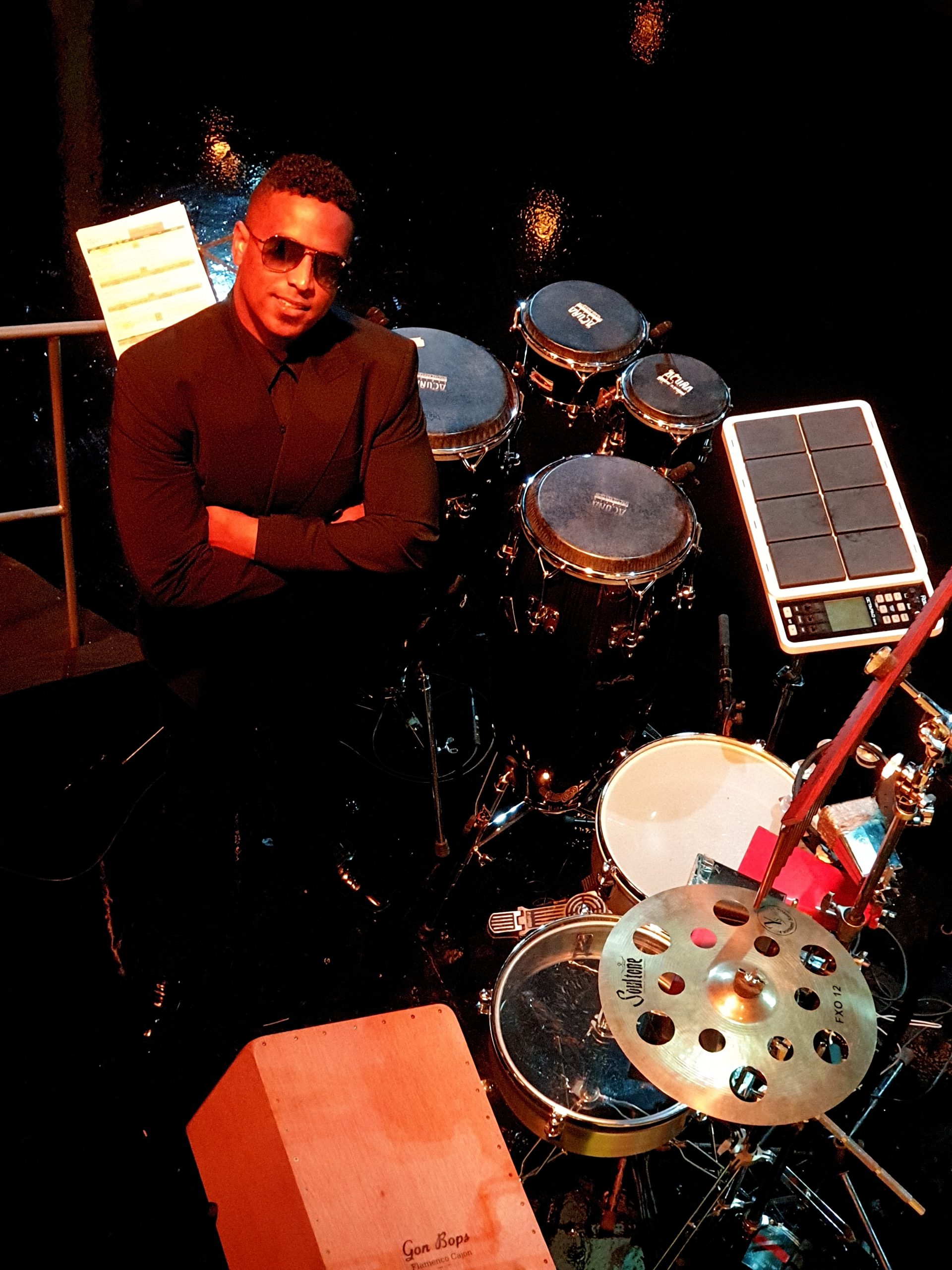 Yasmane Santos graduated from the National School of Arts in Cuba. There, he’s worked with Manana Club, Dennis y su Swing, Habana All Stars, Dulce Habana and Urban Genre Chakal.  In 2010, Santos participated in the Festival of Drums, where he won 2nd place in the Conga category.

Yasmane Santos has also participated in concerts of Classical music, accompanying the great opera singers of the Angolan music.  Currently, he is the percussion professor in the School of Music Training in Luanda, Angola, participating in cultural exchanges in Venezuela, the EEUU and also in Austria and has taught percussion workshops in various schools in Brazil and Argentina.  His Facebook page, Yasmane Santos Percussion has more than 4500 followers.