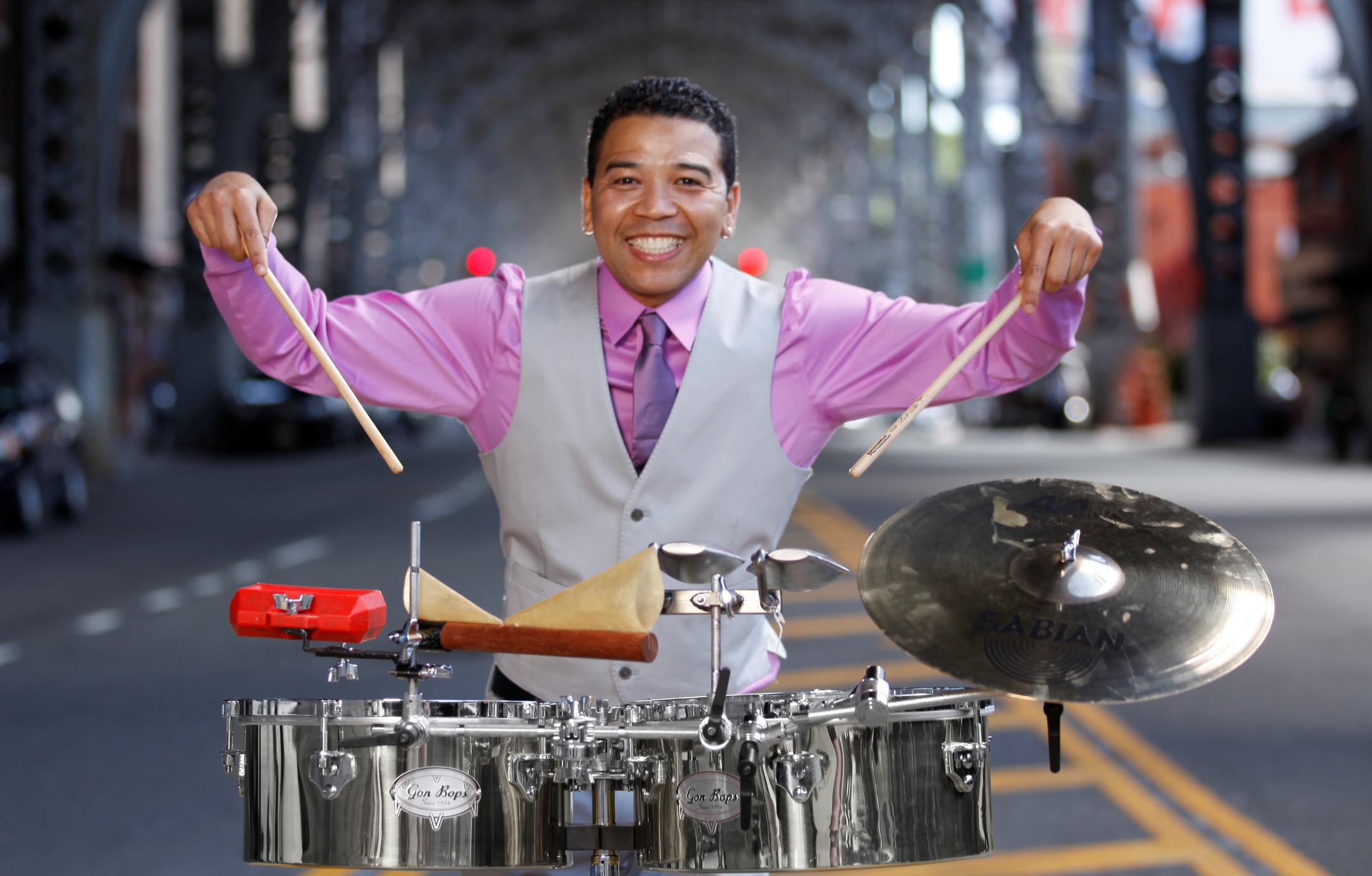 Our 9th episode features Grammy winning percussionist/Gon Bops Signature artist Luisito Quintero.  Hailing from Caracas, Venezuela, Luisito comes from a lineage of distinguished musicians.  He has performed with a host of music’s greats including Oscar D’Leon, Jack DeJohnette, Tito Puente, Alicia Keys and the Spanish Harlem Orchestra.  Quintero was a member of Chick Corea’s  Grammy-winning Spanish Heart Band, performing and recording with the music legend up till his untimely passing. Luisito’s solo recordings include Percussion Madness, Third Element and the Quintero Salsa Project – a project he shares with his cousin, Roberto Quintero.  Our Luisito Quintero Signature Series timbales remains one of our most sought-after products.   We’re proud to welcome him to the Percussion Loft!  This episode is offered in both English and Spanish. (Contact us for song titles appearing on this episode)